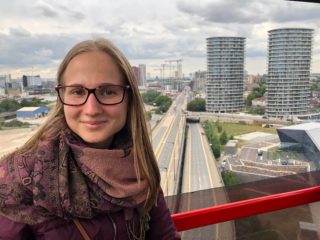 Sofya Popik is a PhD candidate in Exploration Geophysics at Curtin University, Australia. Sofya completed her BSc and MSc degrees (2011-2017) in Geophysics at Lomonosov Moscow State University, Russia. She has two years of seismic processing experience for oil and gas projects with GeoPrime LLC (Moscow, Russia).

Sofya’s PhD is a part of the CO2CRC Otway Project. Her PhD focuses on integration of borehole and surface seismic monitoring techniques in CO2 geosequestration projects with the main focus on advanced anisotropic velocity model building for improved characterisation of subsurface. In her PhD Sofya works with innovative technologies such as 4D (time-lapse) surface and borehole seismic and fibre-optic distributed acoustic sensing (DAS).

Sofya is an active member of the major geophysical societies: Australian Society of Exploration Geophysicists (ASEG), European Association of Geoscientists and Engineers (EAGE) and Society of Exploration Geophysicists (SEG). Sofya was awarded merit-based Scholarships in 2019 and 2020 from SEG for achievements in research. For her PhD research Sofya was awarded a scholarship provided by CO2CRC Limited.

Besides working on her thesis, Sofya takes part in the undergraduate teaching program, by providing lab assistance for the Curtin University course “Geophysical Project”. Sofya also successfully worked as a part of the field crew on a few geophysical surveys and has reviewed papers for the journal GEOPHYSICS. 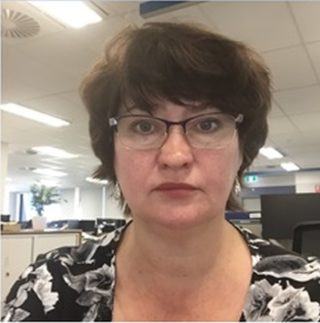 PhD Student. Research topic: Development of workflows (regression, neural network) to obtain petrophysical/hydrogeological parameters that can be applied to the historical bores.

Olga Filiptsova is a PhD student within the Discipline of Exploration Geophysics at Curtin University.

Olga received her Bachelor’s in Mining Engineering from Irkutsk National Research Technical University, Russia in 1994 and her Master’s in Hydrogeology at the University of Western Australia in 2017. She has extensive experience working as a petrophysicist and hydrogeologist. 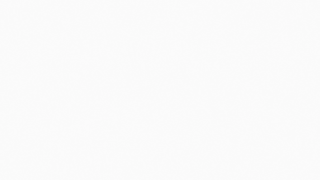 Aleksandar earned his BSc in Geophysics in 1985 from the Faculty of Mining and Geology, Belgrade.

Bryce received a BSc with Honours in geophysics from Curtin University in 2015. 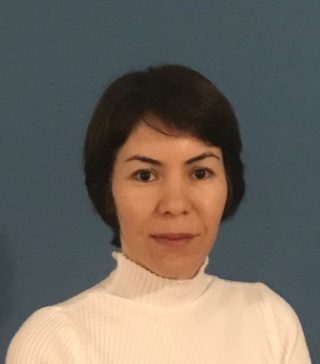 Rabea is a PhD Candidate in Exploration Geophysics. Her PhD project is about the effects of large scale geo-electrical structures on inversion of magnetotelluric data. In 2018, she was awarded the Research Training Program Stipend Scholarship funded by the Australian Government to pursue her PhD. She was awarded the Best Student Poster award for “Magnetotelluric, basin structure and hydrodynamic; south west of Western Australia”, presented at the Australian Exploration Geoscience Conference, 2018, Sydney, Australia.

Rabea completed her Bachelor of Science in Physics and Master’s of Science in Geophysics. Her principal research interests lie in the field of Magnetotellurics and her areas of expertise include magnetotelluric data acquisition, processing, inversion and interpretation; magnetic and electromagnetic exploration and geomagnetic observatory.

Lorraine is a current PhD Student in the discipline of Exploration Geophysics. Lorraine earned a BSc from Macquarie University in 1982 and a Graduate Diploma from Riverina Murray Institute of Higher Education in 1987. She has vast experience working as a principal Geologist, Geometallurgist and Engineer.

Lorraine has worked as an exploration and mine geologist in the Australian mining industry since 1982, commencing underground in Tasmania and moving to Western Australia where she has worked in the Mineral Sands, bauxite and Pilbara iron ore industries. She has experience with surveying, ore processing and metallurgy in various job roles leading to an appreciation of the issues common to these ore commodities.

Mohammed received a Bachelor of Science (Honours) in Geophysical Science from Leeds University in 2009.

Seda holds a B.Sc of Earth Science and graduated in 2007 with a Master of Engineering in Geophysics from the University of Strasbourg (France ) .

She has 13 year experience as an exploration geophysicist in the Oil &Gas industry , mostly working with Junior Exploration companies in Melbourne, she is also a member of ASEG and EAGE.

Anastasia has a BSc and MSc in geophysics from Lomonosov Moscow State University. 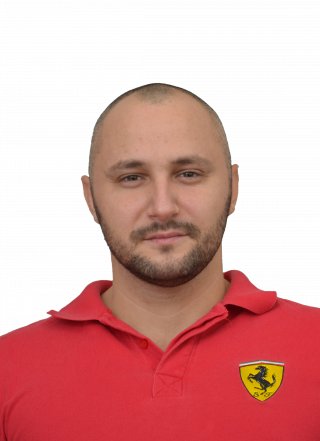 Sasha is a part-time student as well as lecturer at Curtin. He obtained his MSc in Geophysics in 2005 from the Faculty of Mining and Geology, Serbia. 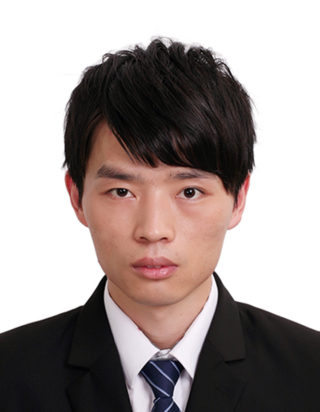 Yongyang (Jerry) Sun is a current PhD student in Exploration Geophysics at the Centre for Exploration Geophysics at Curtin University. In 2010 Jerry received a BSc in Prospecting techniques and Engineering at China University of Petroleum, Beijing and in 2015 he received a MSc in Geological Resources and Geological Engineering from China University of Petroleum, Beijing. Jerry is a recipient of the Curtin International Postgraduate Research Scholarship (CIPRS).

His research interests are in rock physics, well-logging analysis and seismic inversion. His current research includes development of advanced rock physics models for solid substitution in porous rocks, and for stress dependency of elastic properties of fluid- and solid-saturated rocks and his thesis project is titled “Modeling the effect of liquid and solid infill on elastic moduli, dispersion, and attenuation in porous media”.

One aspect of his project involves studying the moduli dispersion and attenuation in fluid-saturated rocks at a full frequency range (Gassmann low-frequency limit to ultrasonic high-frequency limit). This frequency dependency is termed as “squirt-flow” effects and caused by the pressure gradients between compliant pores (soft pores with aspect ratio < 0.01) and stiffer pores (with aspect ratio > 0.1). Another aspect involves studying the effect of the high viscous materials or real solids on the moduli dispersion.

To date, Jerry has published six peer-reviewed journal papers in the leading geophysical journals (Two are published in Journal of Geophysical Research-Solid Earth). He also serves as the guest reviewer of Geophysical Prospecting, Geophysics, and International Journal of Rock Mechanics and Mining Sciences. 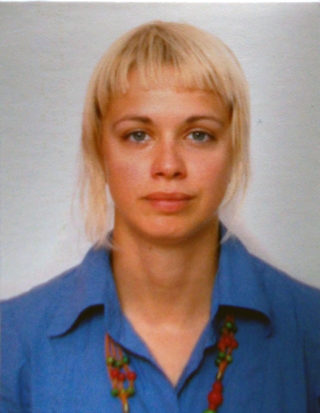 Sana is an experienced geophysicist with experience in 3D Seismic acquisition. She received her Master of Science in Geophysics in 2011 from University of Belgrade.

Sergey is a Geoscientist with over 35 years experience in the resource industry with a track record of hydrocarbon discoveries. He has experience in a variety of tectonic and stratigraphic settings in over 15 petroleum basins and over 10 mineral provinces worldwide.

Sergey received his MSc in Geophysics from Tashkent University in 1980. 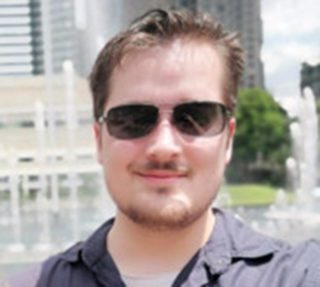 Alex is a PhD student at the Department of Exploration Geophysics, Curtin University. He was awarded a research training program scholarship from Curtin University and the Australian Government, and has received multiple awards from ASEG and AIG. He completed a Bachelor of Science (Geophysics) with first-class honours in 2014, and has been actively involved in teaching and research activities within the department.

Alex has worked in the field collecting various geophysical data all around Australia, with a particular focus on electromagnetic, electrical, and seismic techniques. Alex’s thesis is titled “Hydro-geophysics in High-Quality Coastal Aquifers” and focuses on data acquisition and numerical modelling of solute transport and electrical geophysics in the near-shore coastal environment. In particular, electrical resistivity imaging (ERI) and groundwater solute transport modelling techniques are developed for recovery of the hydrogeological architecture of coastal margins.

ERI acquisition and processing parameters along with the influence of hydraulic anisotropy and heterogeneity in karstic aquifers are explored with examples selected along more than 100 km of coastline proximal to Perth, Western Australia. The methods will contribute to accurate predictive groundwater modelling and sustainable management of high quality coastal aquifers worldwide. 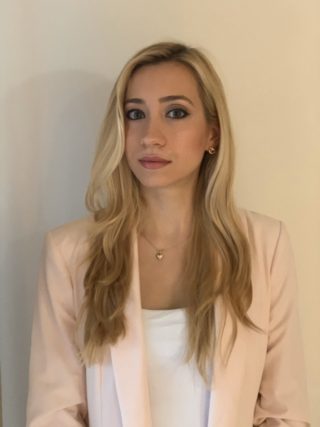 I completed my Bachelor and Master degrees in Applied Geophysics at the University of Belgrade in Serbia. While pursuing my masters, I also started one-year internship in Agile Seismic, a privately-owned, geophysical company where I was working as a seismic processing geophysicist. I continued to work there for two years once my internship was completed.

Currently I am pursuing a PhD at the Discipline of Exploration Geophysics at Curtin University. The research project I am working on aims to design, develop and test a prototype of a nuclear (prompt gamma neutron activation) logging-while-drilling tool for slim-holes in mineral exploration. Such a tool could measure the elemental matrix composition in near real-time, and with timely, reliable data we can alter exploration drilling decisions; thus, transforming mineral exploration where information about elemental composition usually arrives weeks afterwards.

Providing timely and reliable data, this innovative tool I am working on will change existing, drilling strategy, providing considerable savings to mineral exploration industry. This technology would drastically reduce time and cost of many exploration and development programs in most base metals mines and provide information that would improve almost every stage of mining and mineral process. The potential of this project is recognised by Boart Longyear Ltd, the largest drilling operator and manufacturer of drilling equipment for mining and drilling companies worldwide, who funded this project. 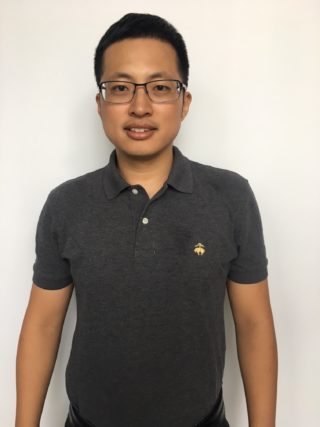 Most of Jiabin’s research effort is focused on developing and optimising a robust and practical workflow for modelling of effective elastic moduli of porous rocks from microtomographic images, and testing them using laboratory measurements.

Jiabin has a MSc from China University of Petroleum (Beijing), Beijing, PR China, and is a recipient of the Curtin International Postgraduate Scholarship. 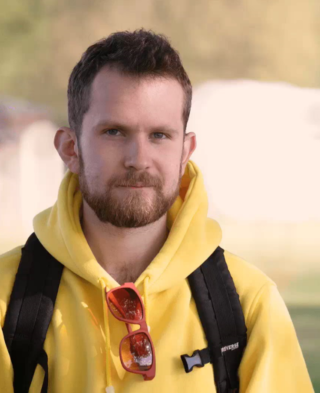 Roman Isaenkov graduated from Lomonosov Moscow State University with a Master of Science in Geophysics (with high distinction) in 2016. He worked as a geophysicist specialising in high-resolution marine seismic acquisition and processing. During his internship at CSIRO in 2018-2019,

Roman studied the effect of CO2 plume on time-lapse seismic data. He was granted a Curtin International Postgrad scholarship by CO2CRC to complete his PhD on Continuous downhole seismic monitoring for CO2 geosequestration during 2019-2022. 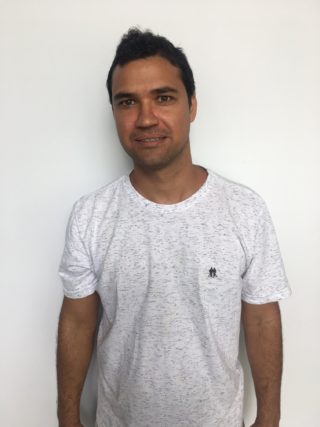 In addition to his academic skills, he is an accomplished geophysicist with the experience and ability to generate and assess petroleum prospects using geophysical and geological data. He tackles geological/geophysical challenges from different types of geological settings, including compressional and extensional regimes, applying general knowledge and concepts of petroleum and mineral systems, quantitative seismic interpretation, and basin analysis to assist the exploration and development teams. In summary, he has been transferring his knowledge in petroleum geophysics methods into mineral domains. 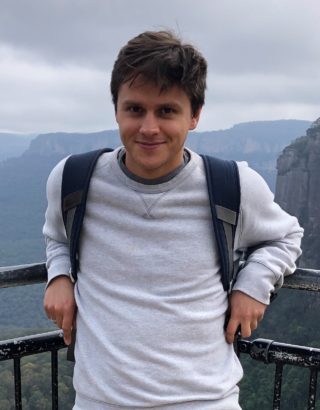 Evgenii Sidenko is a PhD candidate in Exploration Geophysics at WASM:MECE, Curtin University, Australia. Evgenii completed his BSc (2012) and MSc (2014) degrees in Geophysics at Lomonosov Moscow State University, Russia. He has more than 5 years of working experience in seismic data processing for oil and gas and civil engineering projects in Moscow, Russia.