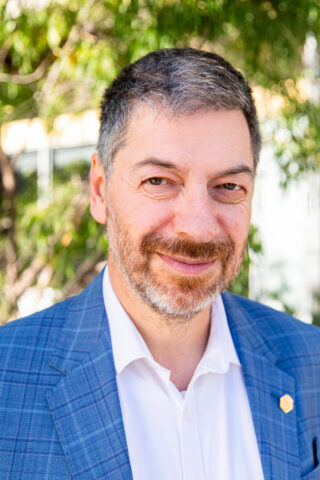 Boris obtained his MSc at Lomonosov Moscow State University in 1981 and began his career at the Moscow Institute of Geosystems. His early work included numerical analysis of NMR signals, application of pattern recognition to direct detection of hydrocarbons from seismic reflection data and poroelasticity. The latter subject became Boris’s long-term obsession. His first steps in this area were focused on quantification of dispersion and attenuation due to mesoscopic flow in thinly-layered poroelastic systems, which formed Boris’s PhD thesis (1988).

In 1990s, after visiting research appointments at University of Karlsruhe (Germany), Birkbeck College and Elf Geoscience Research Centre (both in London), Boris joined the Geophysical Institute of Israel, where he combined his continued interest in poroelasticity with development and application of multi-focusing imaging.

In 2001 Boris was appointed Professor of Geophysics at Curtin University (under a joint appointment with CSIRO), where his research expanded into a large variety of rock physics topics, such as effective stress laws, stress dependency of rock properties and solid/fluid layered systems. At the same time, he continued to work on the topic of wave-induced fluid flow, studying such systems as patchy saturation; flow between pores and fractures; squirt flow; and heavy oil rocks. He has also collaborated with colleagues who specialise in seismic data processing and time-lapse analysis. This collaboration led to a number of interesting studies, such as development of new algorithms for estimation of azimuthal anisotropy from vertical seismic profiles, and modelling the seismic time-lapse response of CO2 injected into a reservoir rock. 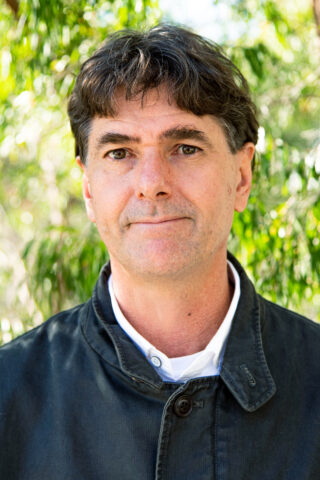 Brett is a Professor and the Discipline Lead of Exploration Geophysics at Curtin University with expertise in areas such as electromagnetics and hydrogeophysics. Brett has a comprehensive industry and research background focused on technologies for search, delineations and development of subsurface resources. Brett has been Program II leader in Australia’s approximately $145 million dollar 8.5 year Deep Exploration Technologies Cooperative Research Centre (DET CRC) and is Principal Investigator of a MinEx CRC project involving Petrophysics for Mineral Discovery during Drilling. 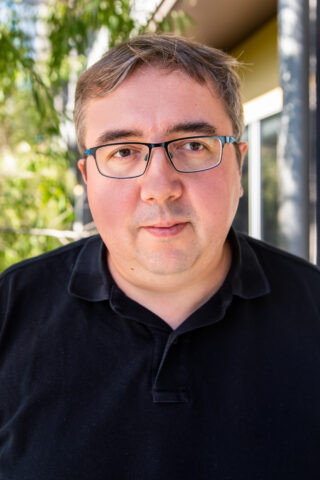 Roman is a Professor of Geophysics at Curtin University and his achievements include the “Outstanding Contribution to Science” and “People’s Choice Award for Best Presentation” awarded by the 2012 CO2CRC Research Symposium; “Award of Appreciation for Outstanding Contribution to the CO2CRC Stage 2C Project” and CO2CRC’s prestigious honour, the 2017 Inaugural John Tyndall Award for Excellence in Carbon Capture and Storage (CCS) Research.

He is an expert in seismic imaging and monitoring with over twenty years of experience in the field. His recent research focuses have been in application of seismic monitoring in CO2 geosequestration, borehole seismic methods and distributed acoustic sensing (DAS). Roman’s core expertise lays in the development of methods for seismic data acquisition, development of the novel processing algorithms, with DAS being a main research topic focus of his research in recent years. He led Stage 2C of an ongoing project with CO2CRC, the first CO2 geosequestration demonstration in Australia and is currently leading the continuing stage 3 of the project.

Roman has contributed as co-inventor to two patent applications in the area of seismic exploration and has served as Associate editor for Exploration Geophysics since 2015. 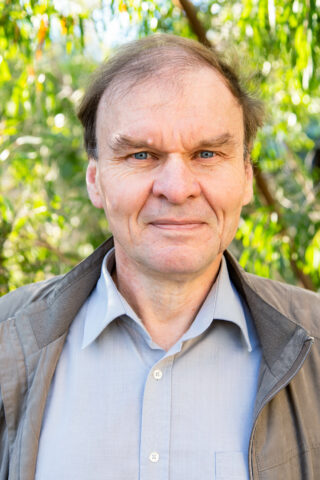 Maxim is a Professor of Exploration Geophysics at Curtin University with over 30 years of research experience in physics, material science and rock physics working at leading research organisations in Russia, Japan and New Zealand. Maxim obtained his MSc in Physics and Engineering in 1986 and his PhD in Physics in 1990 from Moscow Institute of Physics and Technology, Russia. He joined Curtin University in 2007 and became head of the experimental rock physics program. Using innovation, Maxim built a rock physics laboratory from scratch, which has become recognised as a world leading rock physics laboratory. He has published over 150 peer-reviewed papers and is the inventor of 11 international patents. Maxim’s current research is focused on the properties of subsurface reservoir rocks and minerals, including elastic and unelastic properties of rocks at teleseismic, seismic and ultrasonic frequencies; digital rock physics; mechanical properties of rocks at micro level (nanoindentation); and direct observation of multiphase fluid. 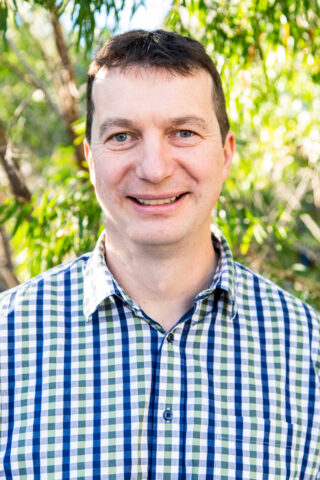 Andrej is a Professor of Geophysics within the Discipline of Exploration Geophysics where he has been a researcher since 2007. His research focuses include theoretical seismology, in particular on seismic imaging and anisotropy. Andrej has co-ordinated a number of large research activities in seismic methods for mineral exploration including trials of DAS methodology.

He was the principal investigator of projects including the MinEx CRC Seismic in the Drilling Workflow, Curtin’s scope of the DET CRC Project Seismic While Drilling, DET CRC Project 3D Seismic Exploration for Hard Rock Environments, and HiSeis Development of Novel Methods for Data Processing. His research interests are in theoretical seismology, with a focus on active and passive imaging of reflectors and diffractors in anisotropic media. Andrej received a MSc in Mathematical Engineering from Czech Technical University, Prague in 1997 and was awarded a PhD in Applied Mathematics from University of Calgary, Canada in 2002. 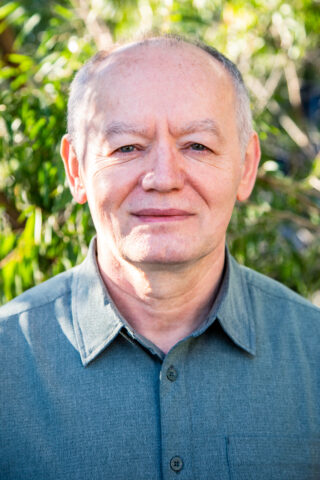 Vassili is a Senior Research Fellow at Exploration Geophysics, Curtin University where he has been employed for over 10 years. Vassili received a MSc in Physics in 1982 and a PhD in NQR/NMR Spectroscopy in 1997 from Kaliningrad State University. In 2018, Vassili was awarded a PhD in Geophysics from Curtin University. Vassili is the author and co-author of over 40 journal papers, 22 patents and 45 conference proceedings and led as Principal Investigator on a project involving development and construction of a low-frequency experimental apparatus for measurements of seismic dispersion and attenuation in reservoir rocks. 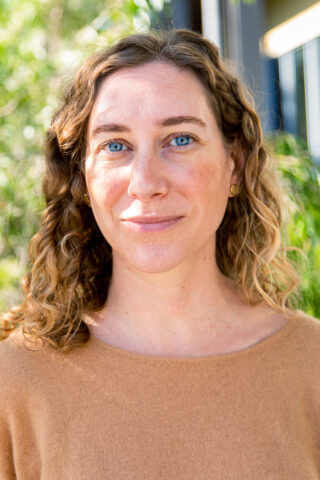 Stephanie Vialle is a senior lecturer in WASM:MECE. Her primary interest lies in the understanding of the geophysical signature of the dynamic Earth subsurface in various fundamental and industry-related problems. Specifically, she combines experiments, theory and modelling from the pore to the field scale to probe coupled hydro-chemo-geophysical processes.

Stephanie has an initial background in Quantum Physics with a Magister from the University of Paris Sud and ENS Cachan (now Paris-Saclay University). She then earned a MSc in Geochemistry and a PhD in Geochemistry and Rock Physics from IPG Paris and Paris Diderot University (now University of Paris). Before joining Curtin University in 2014, she spent 6 years in California as a postdoctoral scholar at Stanford University and as an affiliate of Lawrence Berkeley Laboratory, pioneering the experimental observation and understanding of the role of chemical reactions for seismic monitoring of carbon storage in geological formations, for which she won a nomination for the ENI awards.

At Curtin University, she has led several government and industry funded projects, for a total of more than AUD$1M. She is currently developing technologies for the interpretation of the geophysical signature of ore deposits, and, with the Rock Physics group, for the imaging of elastic and mechanical properties of sedimentary rocks using nano-indentation technique.

Beside research, Stephanie is a dedicated educator and instructor. She currently coordinates and lectures several units on the Introduction to Applied Geophysics, from the BSc to professional levels (Graduate Diploma). 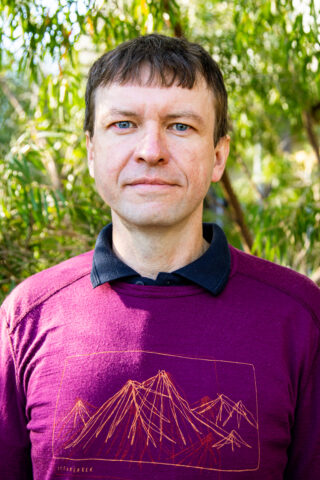 Konstantin has been a Research Fellow at Curtin University since 2014. Konstantin received his Diploma in Geophysics and Seismology from Lomonosov Moscow State University in 2002 and his PhD in Geophysics from Curtin University in 2013. He has 16 years of combined experience in applied geophysics in both industry and academia. His expertise is focused on borehole seismic techniques and seismic data analysis. Konstantin is currently involved in a number of ongoing collaborative research projects including an ongoing project with CO2CRC that focuses on carbon dioxide geosequestration and involves multiple industry and international partners. Within this project he has led several field experiments involving international participants from France, USA, South Korea and Canada. He has also participated as a key researcher in DET CRC and MinEx CRC research projects. 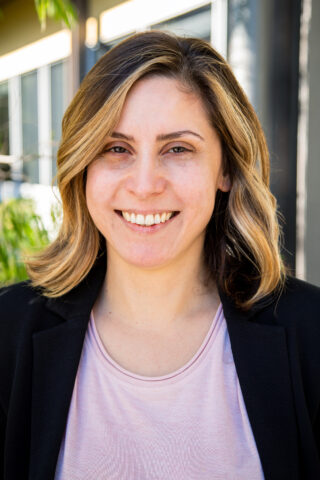 Sinem is a Research Fellow with over ten years of combined experience in applied geophysics; with skills in seismic data analysis, processing and interpretation. Sinem received her MSc in Geophysical Engineering from Istanbul Technical University in 2011 and her PhD in Exploration Geophysics at Curtin University in 2015. She contributes significantly to several collaborative research projects, including an ongoing research project with CO2CRC that focuses on carbon dioxide geosequestration and involves multiple industry and international partners. She has participated as a key researcher in DET CRC and Southwest Hub geosequestration projects funded by the Australian National Low Emissions Coal Research and Development (ANLEC R&D). Sinem has experience in providing consultancies on designs data management, analysis and processing with conventional geophones and distributed acoustic sensors. 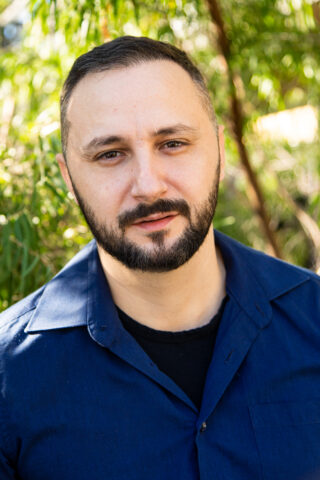 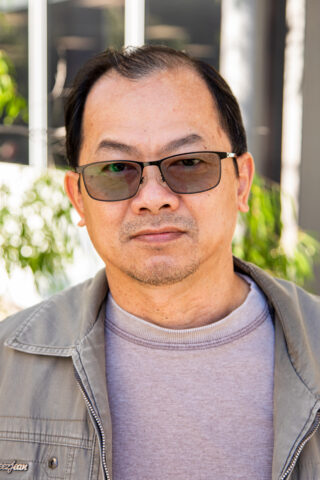 Hoang has been a Research Fellow at Exploration Geophysics since 2016. His areas of expertise include electrical instrumentation, embedded system and data acquisition, network routing and optimisation, and sensor networks. Hoang has a PhD in Communication Engineering from Edith Cowan University, an Associate Diploma in Electronics Engineering and a First Class Honours Bachelor of Engineering in Computer Systems. 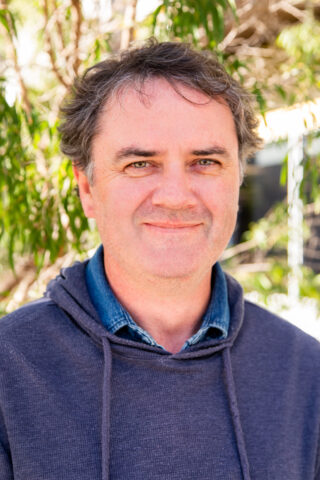 Michael has held a position as Research Fellow at Curtin since 2015. His areas of research involve nuclear geophysics and borehole instrumentation. His skills and expertise are in simulation and modelling, mathematical programming, and instrumentation. In 2000 Michael received his PhD in Physics from University College Dublin, which focused on gamma-ray astronomy. 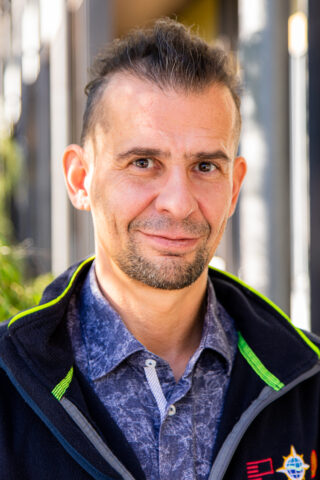 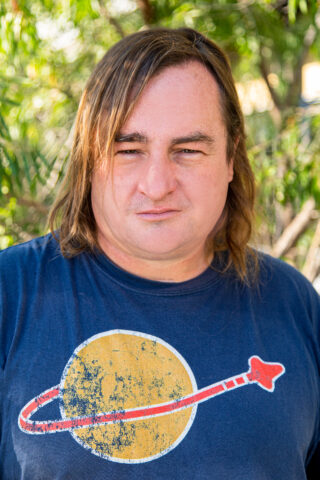 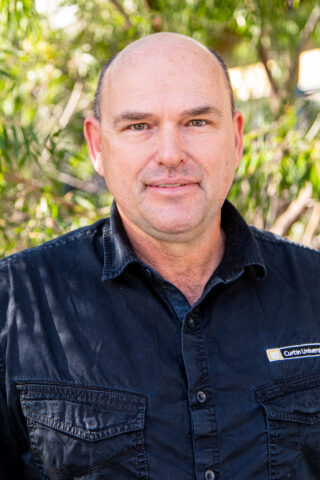 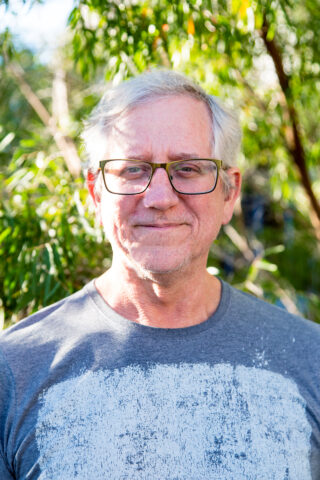